Some problems and their solutions

From GammaSphere DAQ
Jump to navigation Jump to search

problem: Mike has too many windows on the screen

That's specific, eh? Well, hopefully we can disambiguate a bit from here.

Are all the IOCs in the mood?

The nominal first step is to use DGSCommander's main screen. Hit the VME Status button to bring up the IOC summary. 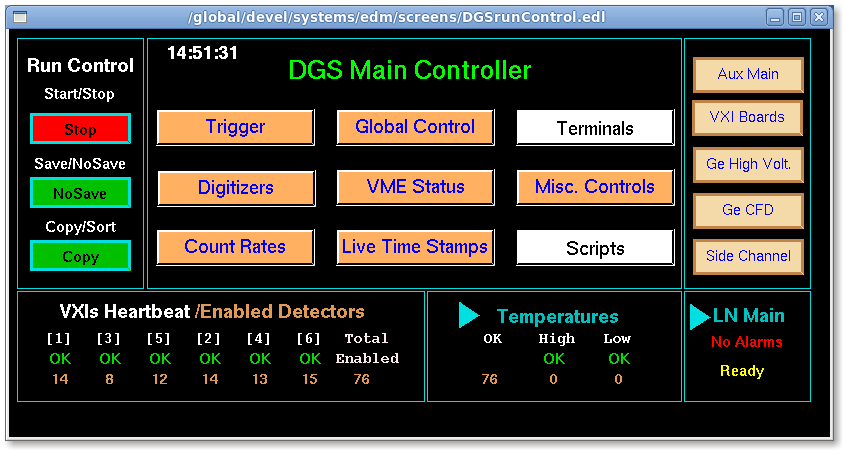 The IOC summary page will show you if all the VME crate controllers are talking. The example shown here is from a broken system where IOC 9 is not talking. 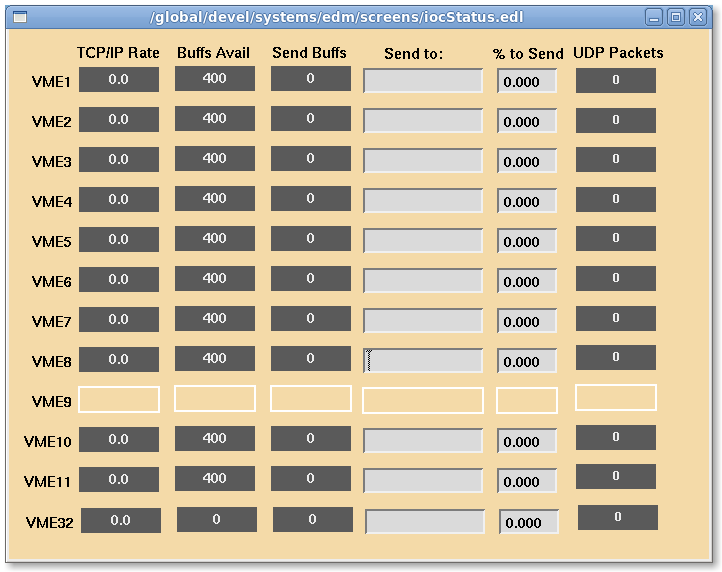 Open the terminal window for any miscreant IOC.

One possibility is a broken Ethernet cable. This leads to the message

at the beginning of the boot, and the IOC never loads and never works. The nominal solution here is to head to the shack, trace the Ethernet cable back to the router and make sure the green 'link' light is on for the IOC of interest. You should always unplug and re-install both ends of the cable if there's no link. If simply playing with the cable does not bring back the link, one power cycle may be attempted, but if the physical link doesn't come back after a single power cycle then the cable itself should be tested. This can be done by plugging both ends into unused ports of the router. Both green 'link' lights need to illuminate; if not, the cable is bad.