This page is where John is keeping some notes about the system while testing various ways to import information from other formats.

This is not for the faint of heart....

We eventually plan to get rid of the old "analog" Gammasphere and its VXI crates. However, with the recent move of the detector to the angled beamline in area IV to allow GRETINA to be in front of the FMA, the entire cable plant has been messed up. Lots of things are also not working right. In an effort to understand what the heck we do have, I'll try to document the setup in some semi-sensible way here. That does assume I can figure it out, and that might be a stretch.

Numbering of the detectors

The short answer here is that there isn't a fixed numbering because detectors get pulled out for annealing or repair and other detectors get swapped in. That means there is a constantly changing table relating the detector number to the physical location number to the cable number. What the user thinks of when they use the screens is the user interface, which looks like this: 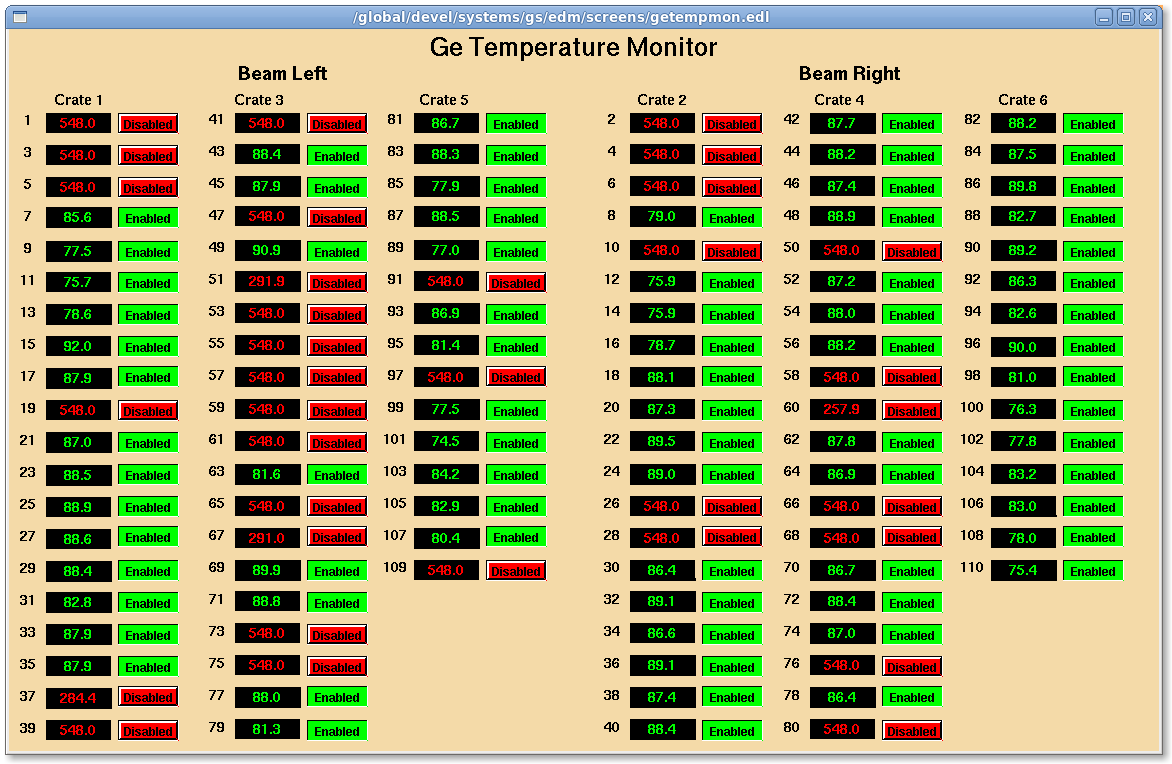 Or we could try displaying an Excel file from an SVN....